Jason Goodface, Kul Wicasa Lakóta and Ojibwe, lives in Lower Brule, South Dakota, and works as a Certifier Clerk for the Lower Brule Sioux Tribe. He is a recovering meth addict whose positive experience in the Lower Brule Drug Court helped him face his problems and promoted his personal healing. Jason’s goal is to become a Substance Abuse Counselor.

Today, Jason speaks openly about his addiction and his journey to sobriety — which wasn’t easy. Jason Goodface intends to use his Native Hope fellowship to spread meth awareness throughout Indian Country, an area where drug and alcohol abuse is high. He will attend Meth walks throughout South Dakota and start his own in Lower Brule. His goal is to take people to the walks in South Dakota to show them that there is hope in quitting. He hopes that he can spread awareness on the dangers of meth use and ways to overcome addiction. 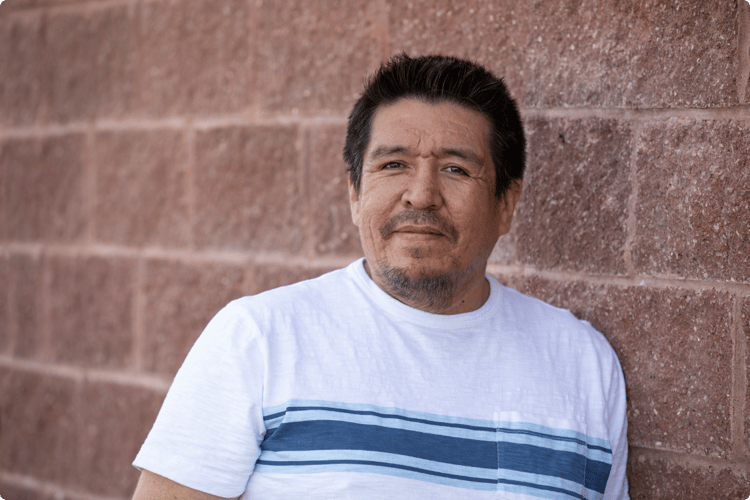 How to Give Hope

The best way to help Native American communities is to start by listening. When you give to Native Hope, your support goes directly to projects that communities themselves have identified as important. Join our family of Natives and non-Natives working toward a world without barriers.